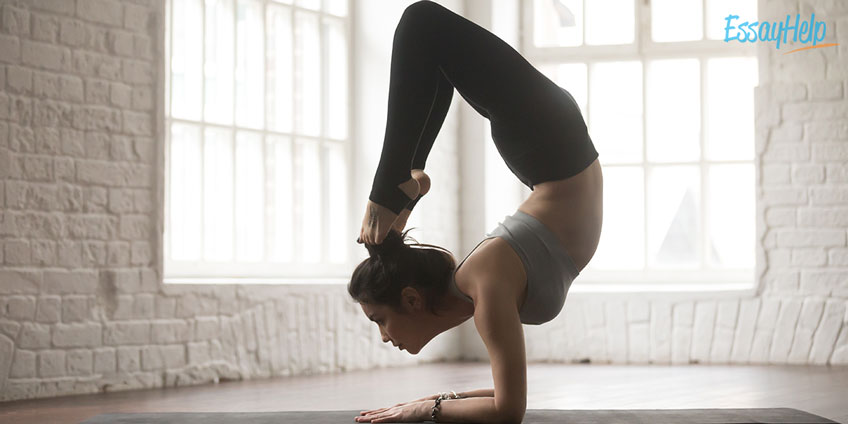 If you chose this topic yourself, make sure writing an essay on it will be pure pleasure for you. And if you practice yoga sometimes, this home assignment is going to be the best thing that has ever happened to you during all your study at college. It’s your great chance to dig deeper into the history of these specific practices and share your own experience.

However, what if everything isn’t so rosy? What if you don’t even know where to start because yoga to you is simply nothing but a familiar word? Don’t worry. We are here to throw out to you a few interesting facts and writing tips.

Of course, we can’t lay claims to making you get so interested in yoga that you start searching for some local yoga classes right after you finish the essay. Still, we’ll try to reveal the most important and inspiring things you need to know about this unique practice.

How You Should Define Yoga

That’s a good start for your paper. Nowadays, the original definition of yoga is somewhat nipped and can even appear misinterpreted. Wrong associations, which are mostly the result of the misunderstanding of this concept, may lead the uninitiated either to pinning too high hopes on the effect of yoga, or to treating it as something freaky and heathen.

So, let’s make out how we should understand yoga.

First of all, it’s a complex group of physical and mental exercises, including spiritual practices. Also, it’s a philosophy that propagates the harmonious connection between the human mind and body. By the way, that’s more than just a beautiful word choice for an advertisement of a yoga school.

If you follow the latest news of neuroscience (okay, just imagine you do), you can base on some latest experiments and highlight in your essay that our brain keeps our body under round-the-clock control. But the more interesting thing is that we can and must tell our brain how it should control the body. That means we can and must program ourselves to improve our physical and mental states.

In a nutshell, that’s what yoga helps to do.

Some people, even yoga instructors, define these practices and disciplines as a religion. Literally, not figuratively. But this is a misconception. Even though such religions as Hinduism and Buddhism do feature so-called Yoga schools, yoga itself has nothing to do with any religious beliefs or cults.

The Origins of Traditional Yoga Practice

The philosophy or even art of yoga is said to be about 5 thousand years old. In 2016 UNESCO has acknowledged it as an intangible cultural heritage.

No doubt, we should consider India the cradle of this philosophy but there’s still a debate over its roots. It’s likely that the initial elements of the yoga tradition began to form the Indus Valley Civilization. But a coherent system of yoga and its various schools appeared many dozens of centuries later.

However surprising it may sound, the Western world found out about yoga in the 19th century.

Successful efforts to introduce it were made by Swami Vivekananda, an influential Hindu monk who is credited with restoring the traditions of Hinduism and bringing it to the status of the world’s main religion. From 1893 to 1897 he traveled across the US, the UK, and Europe, expanding Indian and particularly Hinduism culture and explaining it to the westerners, so thirsty for something new and exotic.

It’s worth mentioning that the original meaning of the Indian word or root “yuj” is “to join”, “to add” and their synonyms. There’s also an opinion that the word “yoga” itself means “connection” or “contact.” So, the whole concept acquires several meanings: it’s about the connection between the mind and body. At the same time, in the modern world it’s about connecting people of different cultures in their striving to reach harmony. 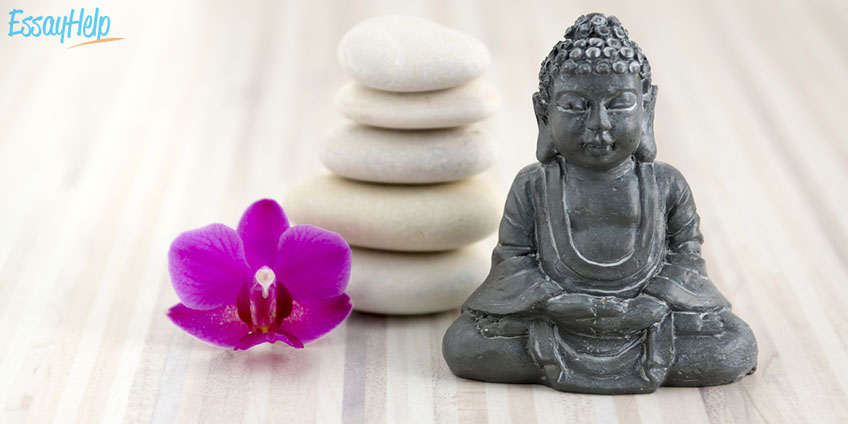 Write About the Benefits of Yoga

That’s going to be the body part of your essay. So, pay attention to the way you introduce the benefit of these practices. You should sound like you perfectly know what you’re talking about (even if you aren’t very sure about some things). Your writing should make the reader interested in the details though he or she may be very far from “anything like that.”

It would probably be too daring to say that you need to persuade your exacting reader of all good things yoga features. However, in order to make your paper more impressive, it can be very helpful to imagine that the reader doesn’t know much about the topic and hence wants some exhaustive info.

So, let’s see what will make him or her continue reading your essay and give you an A for it.

A Few Words About the Other Side of the Coin

Initially, yoga has been aimed at improving one’s physical and mental state, while this improvement is traditionally expected to lead one to inner enlightenment and what is called higher knowledge. However, the popularization of yoga has introduced it rather like a healthy activity that can add to balancing one’s lifestyle.

Of course, the latter is more comprehensible for that (bigger) part of the world that isn’t familiar with Indian culture and the way it pictures the world. On the other hand, even certified yoga instructors, who are the main mediums for the practice, may lack the necessary knowledge and understanding of what they’re supposed to teach.

Unfortunately, that all results in growing disturbance among practitioners worldwide, which is also powered by the cases of serious yoga injuries and wrong instructing.

Season It All with Your Personal Yoga Experience

In case you tried doing yoga at least once in your life, you can devote one paragraph of your essay to the description of this experience. Remember how it was. Had you known anything about yoga and its deep meanings before you attended that class? Was it difficult for you to do what an instructor told? What did you feel in the end? Share your impressions and make sure they’ll add to the general smartness of your essay.