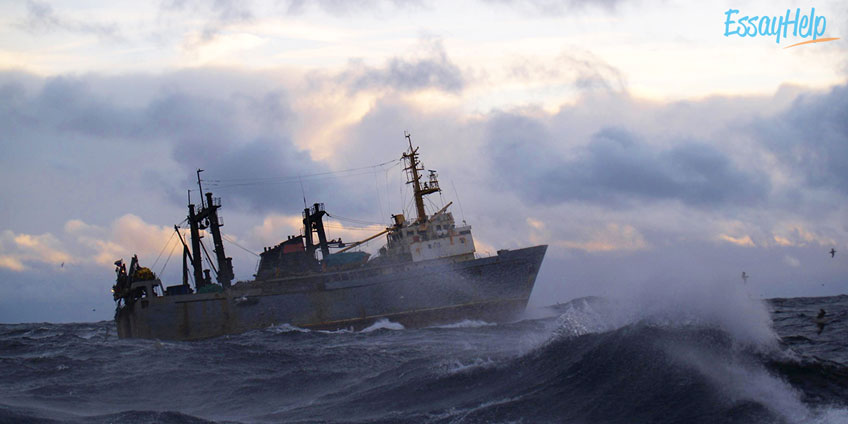 Even if you read the play and understood the plot, a book review is all about analysis and insightful comprehension. If you just retell the main events and describe the characters, it is going to be a book report, which will lower your grade dramatically.

The Tempest was one of the last works written by Shakespeare and, unlike most of his plays, this one utilizes an original plot. It was completed somewhere around 1610, being very much influenced by the zeitgeist of that historical period.

Moreover, the main protagonist Prospero is believed to be a representation of the playwright himself due to the dramatic structure as well as the finale, where he abandons magic, just like Shakespeare would relinquish theater.

So, what is so unusual and worthwhile about this play that you might need to write a review about it? It’s your time to find out.

Because a book review involves a detailed scrutiny of the given piece of literature, you will need to extrapolate upon its main themes. Tempest offers a variety of those, thus, you can choose what best suits your interests and personality.

For instance, if you care about politics, you can explore the political game which forms a foundation for the play. Prospero is a deposed duke seeking to take revenge on his enemies and restore the power. However, for now he is stranded on the island with his daughter Miranda, unable to escape, and simply waiting for an opportune moment to play his magic.

He gets lucky, and a ship full of his enemies is wrecked near the shore. Of course, it happened due to Prospero’s own supernatural skills. Throughout the play we encounter a bunch of power-hungry characters who aspire to become the rulers of the island where the events unfold. Everybody seems to have ambitions, and nobody wants to give way to others.

At that historical period many European countries travelled around the world to establish their colonies. It led to intense competition for land and resources as well as controversies with the native inhabitants of those far-away territories.

The island is a symbol of a colonial province and is much coveted by almost everybody in the play. All characters, even the good-natured Gonzalo who once saved Prospero and preserved an optimistic outlook throughout the book, - even he conjured up a utopian view of how he could rule the island.

Moreover, in this context it is necessary to mention Caliban as an epitome of native people. He is brutish and uncivilized, unaware of the societal norms of his more enlightened oppressors. Nonetheless, he reveals profound feelings when talking about the beauty of the island. It insinuates that he was the only one who cared about the land itself and not just about having control over it.

It is interesting to explore the gender aspect in this play due to its ambiguous representation. There is only one woman in the entire play – it is the aforementioned Miranda. She is very inconsistent in her reactions, thus, mirroring Shakespearean England where, on the one hand, the status of woman remained very low, but, on the other hand, the signs of struggle began to surface.

Miranda is viewed as a political leverage by her own father. He manipulates her and her chosen lover and the heir to the kingdom of Naples Ferdinand, tricking them into engagement. Prospero does not care about Miranda’s feelings imprisoning Ferdinand just to show him who is a boss. He treats her as a commodity to seal a powerful political alliance.

However, Miranda shows remarkable courage in some episodes which is not typical for a woman in her time. For instance, she is the one to disobey her father and help Ferdinand, ultimately proposing marriage. She is the one rebuking Caliban for his rape attempt, thus, standing up for herself and affirming the right to control her sexuality. All in all, despite these innovative steps to give agency to Miranda, she is mostly passive and constrained within her female role.

There are no perfect characters in the play. Prospero, who was betrayed by his brother Antonio, has many shortcomings, many of which coincide with those of his enemies.

For instance, even though he is the victim because his dukedom was usurped, Prospero basically usurps the island from Caliban who is its rightful ruler. He enslaves the spirit Ariel and Caliban, forcing them to do what he does, and getting angry when they dare ask for freedom.

Caliban, although he thinks Prospero stole his land is just as power-hungry and despicable as most of the characters. He is ready to kill just like Prospero’s brother Antonio or Alonso’s brother Sebastian. He is only different because he is a savage, but his basal desires fit well into the framework of the “civilized” world.

The play is highly symbolic, beginning from the title. The Tempest does not refer only to the storm which left Prospero’s enemies shipwrecked on the island. It is also a symbol of the political turmoil and controversy which erupted between the powerful Italian families.

The game of chess which Miranda and Ferdinand play at the end of the novel is a representation of a manipulative nature of Prospero’s maneuvers. He controls all the events thanks to an invisible spirit Ariel, carefully moving all the figures on the table. Prospero does understand the amorality of his actions, which is demonstrated by his ultimate apology to the audience. However, during the game itself, he does not shun from any steps that might give him an edge.

Books are also a potent recurring image throughout the novel. They are presented as the source of good and evil at the same time. On the one side, Prospero is disconnected from his life around him and his own humanity because of books. They are the reason why he did not notice his brother’s vile actions until it was too late. However, thanks to them Prospero manages to orchestrate his come-back, which proves that books were also a source of wisdom and ingenuity.

It is necessary in the book review to mention whether you would recommend it to others. If you ask me, I would say yes, because this book sheds light on the sleaziness of politics as well as the role of women in that society and its many colonial problems.

Moreover, it helps understand the playwright’s work better. The viewer will see how everything happening on stage is choreographed by one man. Everything is determined by a heavenly spirit Ariel which is the epitome of the creative genius of the author. After the Tempest, there is no exact record of further works written by Shakespeare. Therefore, reading or viewing this play would be like getting acquainted with his farewell letter, which is what every educated person should do.